Tennessee Gas Pipeline Co. has proposed to build the Northeast Energy Direct project, a high-pressure fracked gas pipeline that would enter MA in Richmond, near Pittsfield, and run underground to Dracut, directly north of Lowell. This proposed path would run through some of the states’ most sensitive lands, including private conservation properties and farmland, wetlands, wildlife reserves and state parks. The Route would cross under the Connecticut River, the Millers River (twice), the Tully River and numerous streams across multiple watersheds. 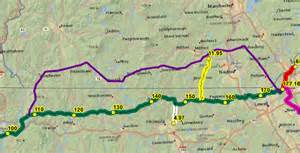 Since Kinder Morgan’s April announcement of the “suspension” of its proposed NED pipeline, opponents have remained active on many fronts. A May 3rd Statehouse Rally drew 150 people, representing all five gas pipeline projects currently on the table in MA.

Following the Rally, the horde of clean energy advocates packed the Senate Committee on Global Warming and Climate Change’s hearing on the NED project and the Commonwealth’s clean energy future.

All of the expert witnesses strongly opposed the introduction of a “pipeline tax/tariff” to be shouldered by the state’s electricity ratepayers–except EOEEA Secretary Matthew Beaton, pictured here, who argued it was an important element in the Baker administration’s energy “combo plate.” Approval of such an unprecedented “tax” could re-open the door for NED.

Final arguments were heard May 5th in a lawsuit brought by Conservation Law Foundation against the MA-DPU for approving the new financing mechanism–All await the judge’s ruling. And, the newest version of an omnibus energy bill includes favorable pipeline tariff language, despite written opposition from nearly 100 legislators. For recent coverage of the issue click here.
Ending here on a VERY positive note: Two days after NED’s suspension, New York State denied the 401 water quality certificate needed for the Constitution pipeline to proceed! That’s very good news for NED, which if it were to resurrect would likely follow a very similar route in NY.

April 2016 Update: “This original route has been changed to run north from Montague across the Millers River and through Erving, Warwick and Northfield into southern New Hampshire; from there it would run east and re-enter MA to terminate in Dracut. The currently proposed route would still pass through many headwater streams of the Millers, and would include a large compressor station in Northfield. A major pipeline component will still be in Montague.”

Original Release. Why does this project fail to serve the true needs MA residents?
There is no actual shortage of fuel, only brief winter price spikes caused by market forces. In response to widespread concerns from the conservation community, the Patrick administration has agreed to study a “low demand/clean future” scenario, in which the pipeline would likely not be needed. This scenario, while challenging to implement, is practical and achievable and would create many more permanent jobs in the renewable energy sectors, compared to temporary jobs with the pipeline.

The NE governors have proposed an unprecedented new tariff to pay for the pipeline by passing the costs on to all electricity ratepayers–everyone.

While limited quantities of the gas would be used locally, the majority would most likely be exported from liquid natural gas terminals for much higher prices. Exports could destabilize local and regional energy markets.

Pipeline construction would result in major environmental impacts to forests and waterways along a large swath of some of the most pristine and undeveloped land in the state–much of which is protected by the Commonwealth “in perpetuity.”

For links to major pipeline information websites and to learn how you can help, click here:
http://www.massplan.org (MA Pipeline Awareness Network)
http://www.nofrackedgasinmass.org/ (No Fracked Gas in Mass)
For link to informative 7-minute video summary by Climate Summer (a Better Future project) and A. Grace Steig, click here: http://youtu.be/Ir68-csA8lY